☰
For the latest information on JMD and COVID-19, please click here. 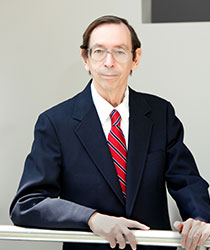 Fred Williams has been of counsel with James, McElroy and Diehl since late 2004, when he retired after thirty-eight years as an attorney with several federal agencies. Throughout his distinguished career, Fred has represented and counseled persons involved in white collar criminal investigations, civil litigation and innovative business plans.

Fred is a former federal prosecutor in Charlotte and has held senior positions with the Federal Trade Commission and the Office of Inspector General. He also has worked extensively with United States Senators from each major political party.