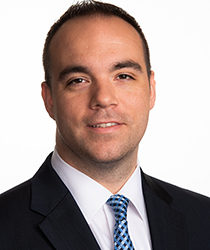 Prior to becoming an attorney, Matt served in the U.S. Navy where he specialized in anti-terrorism and qualified as an Expeditionary Warfare Specialist.  He balanced earning his undergraduate degree with numerous deployments, including with a Joint Special Operations Task Force for which he was awarded a medal by a foreign nation.  He attributes his success to grit – a character trait honed by military service and leveraged on behalf of his clients.  He believes that a well-thought-out plan followed by swift and decisive action is key to his client’s success whether it be in negotiations or litigation.