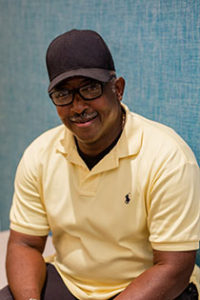 It’s with the heaviest of hearts that the entire JMD family announces the passing of our beloved colleague and friend, Willie McClee.  We lost a great one.

Willie began working with JMD in 1999.  His first official job was to provide security for JMD clients, employees, and other visitors at the firm’s 600 South College Street location.  Willie also worked in other “official” capacities at JMD over the course of his 23-year tenure – all of which he did exceedingly well.

Willie did far more than what his “official” roles required, however.  For instance, he long functioned as the firm’s de facto greeter, welcoming folks from all walks of life with, more often than not, a smile on his face.  Willie excelled in that unofficial role, too, for he had the gift of making people smile.

Indeed, Willie seemingly could brighten a room wherever he went.  That rare ability not only accompanied him to work each day, but also travelled with him to his many stops as guitarist for the gospel group, The Voices of Morning Star.  In sum, Willie was a genuine man of many talents, and he will be sorely missed.

For more than a decade, Alex Heroy has focused his practice on civil litigation of all types, specifically complex personal injury, non-traditional medical malpractice, and business disputes. With over $25 million in settlements and jury verdicts for his clients, Alex has often defeated big-name corporations and other influential defendants.