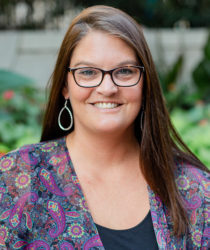 Courtney Perry is a Gastonia native. Her mother, Vicki Owens, was the assistant to William K. Diehl, Jr. for more than 15 of her 17 years at James, McElroy & Diehl, P.A. Courtney grew up as part of the JMD family and joined the firm in 2015 as a legal assistant to John Paul Tsahakis, and Caroline (Carrie) D. Weyandt. Courtney is outgoing and willing to tackle any task she is given. When Courtney isn’t working, she enjoys spending time with her husband, Brandon, and their two children, Cooper and McKenzie.